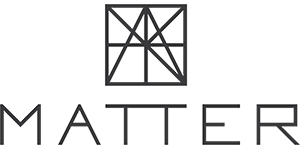 Biography
MATTER opened in February 2015 and nurtures entrepreneurs and innovators building next-generation health IT, medical device, diagnostic and biopharma technologies. MATTER works with more than 200 healthcare technology ventures and the company partners with dozens of industry-leading companies, health systems and universities. Prior to assuming his current role, Steven was senior vice president at Pritzker Group, the investment firm led by Tony and J.B. Pritzker. In that capacity, he led the team that created 1871, Chicago’s center for digital startups that now houses more than 400 early-stage companies. He previously worked at Abbott in a variety of domestic and international functions, including product management, policy and public affairs. Prior to Abbott, Steven served as legislative assistant to U.S. Senator Carol Moseley-Braun. Steven chairs the board of Hubbard Street Dance Chicago and serves on a number of other boards and civic organizations.

Apply to Speak at PMWC Silicon Valley by DEC. 2ND

Apply to Speak at PMWC by DEC. 2ND