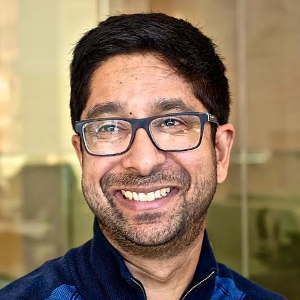 Biography
Vijay Pande is a general partner at Andreessen Horowitz where he leads the firm’s investments in companies at the cross section of biology and computer science including areas such as the application of computation, machine learning, and artificial intelligence into biology and healthcare as well as the application of novel transformative scientific advances. Previously, Vijay was the Henry Dreyfus Professor of Chemistry and Professor of Structural Biology and of Computer Science at Stanford University. He led a team of researchers pioneering computational methods and their application to medicine and biology, resulting in over 200 publications, two patents, and two novel drug treatments. Concurrently, he was the director of the Biophysics program at Stanford, where he led a team of over 50 Stanford faculty members and propelled the program to the top in the country. Vijay received a BA in Physics from Princeton University and a PhD in Physics from MIT.