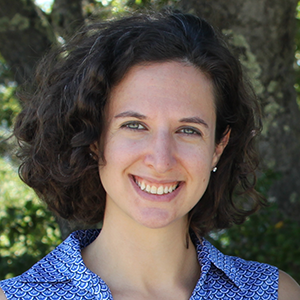 Biography
Dr. Yurkiewicz is a fellow physician in hematology and oncology at Stanford University. When not practicing medicine, she writes about it as a medical journalist. Her medical journalism has appeared in The Atlantic, Scientific American, Undark Magazine, Aeon Magazine, and STAT News and has been featured in The Best American Science and Nature Writing. Her research is in patient outcomes and novel therapeutics in acute leukemias, and she previously worked in genomics and bioinformatics. She holds an MD from Harvard Medical School and a BS from Yale University, and she completed her residency in internal medicine at Stanford University.

Talk
Behind The Scenes Of The Cancer CAR-T Gene Therapy
In 2017, CAR-T made history as the first FDA-approved gene therapy to treat cancer. Some patients had miraculous cures. Others suffered mysterious complications, from headaches to seizures to falling unconscious. This talk, based on Dr. Yurkiewicz’s acclaimed Undark article, will discuss prescribing CAR-T in the real world: promises, challenges, and ongoing learning curves.