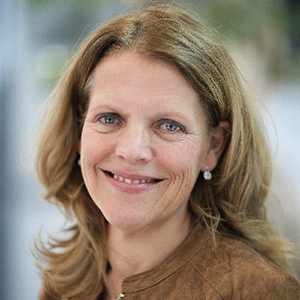 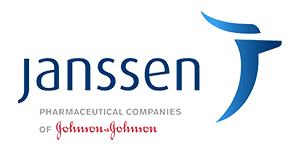 Biography
Hanneke Schuitemaker, Ph.D., is the Head of Viral Vaccine Discovery and Translational Medicine and Disease Area Stronghold Leader for Viral Vaccines at Janssen Vaccines & Prevention B.V. In this role, she oversees Janssen’s viral vaccine programs including investigational vaccine candidates for HIV, respiratory syncytial virus (RSV), Ebola, Zika, COVID-2019 and HPV. In addition, she is a Professor of Virology at the Amsterdam University Medical Center (since 2004). Hanneke Schuitemaker is a medical biologist by training, received her Ph.D. in Medicine in 1992 at the University of Amsterdam and worked for more than 20 years on HIV-1 pathogenesis, first at Sanquin (1989-2007), the blood supply foundation in the Netherlands, where she was the Chair of the department of Clinical Viro-Immunology (1998-2007), and then at the Amsterdam University Medical Center (2008-2010), where she was the Chair of the Department of Experimental Immunology and a member of the Research Council. From mid-2003 to mid-2004, she worked as a visiting scientist at The Scripps Research Institute in La Jolla, California. She successfully trained more than 30 Ph.D. students and co-authored close to 300 peer-reviewed scientific articles.

Talk
The Development of Janssen’s COVID-19 vaccine
Janssen is developing a COVID-19 vaccine that is based on its proprietary Adeno virus 26 vector now encoding an optimized SARS-CoV-2 Spike protein. An update on preclinical data and progress of clinical development will be given.