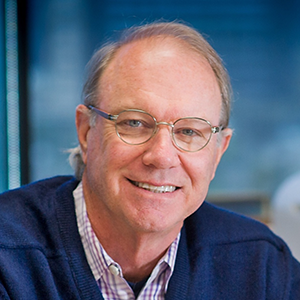 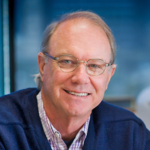 William E. Evans is recognized for his research on the pharmacogenomics of leukemia treatment in children. His lab elucidated the pharmacodynamics of methotrexate treatment of acute lymphoblastic leukemia and discovered the genetic basis for inherited differences in the enzyme thiopurine methyltransferase and defined its role in determining the risk of hematopoietic toxicity in patients treated with mercaptopurine and azathioprine. Read his full bio.

Q: Approximately 10% of pediatric patients with acute lymphoblastic leukemia (ALL) are not cured by current therapy because of the development of drug resistance. What are some of the known mechanisms of drug resistance, and what are the emerging therapeutics to mitigate resistance?

A: The problem of drug resistance in ALL is important for two reasons, even with an ALL cure rate of 90%, because ALL is so common, more kids die of ALL than any solid tumor. And the problem is even greater in adults, where the cure rate is only ~65%.

Several of these mechanisms lead to up-regulation of the pro-apoptotic gene BCL2, and recent studies have shown that these mechanisms of glucocorticoid resistance can be mitigated by concomitant treatment with a BCL2-inhibitor (e.g., venetoclax).

Q: What are the current strategies to reduce acute and chronic toxicities of therapy, and to improve quality of life of patients with ALL during and after treatment?

A: One overarching strategy is to minimize treatment with modalities that can produce acute or persistent adverse effects, such as the removal of CNS irradiation to avoid neurological toxicities, and the removal of drugs like teniposide that cause second malignancies, or minimization of treatment with cardiotoxic agents like anthracyclines. We are now also using preemptive germline genotyping for genes that have been shown to influence the effects of medications used to treat children with ALL, which allows us to avoid adverse drug effects (see Relling and Evans, Nature, 2015). These genes include TPMT, NUDT15, CYP2D6, CYP2C9, G6PD and others with CPIC guidelines, which we have implemented preemptively using clinical decision support tools.

Q: You have been with St. Jude since 1972. What are some of the biggest changes in the research and the treatment of childhood cancers that you have seen?

A: Technology has had the largest impact, no question. We are now able to sequence entire genomes at a rate and cost that is orders of magnitude faster and cheaper than just 20 years ago, something we could not even contemplate in 1972. One impact is that we once referred to acute lymphoblastic leukemia as if it were one disease, where now it is subdivided into 12+ distinct subtypes based on genomic analyses, and this alters treatment. This coupled with markedly enhanced computational horsepower has enabled us to move whole genome, transcriptome and exome sequencing to the frontlines of diagnostics for each patient at SJCRH. Advances in pharmacogenomics, which was anticipated but uncertain 40 years ago, have made this a central component of precision medicine of childhood cancers. There are many other technical advances impacting childhood cancers, including “targeted” medications (e.g. dasatinib) and more targeted radiation therapy (e.g., protons).

Apply to Speak at PMWC Silicon Valley by MAY. 13TH

Apply to Speak at PMWC by MAY. 13TH