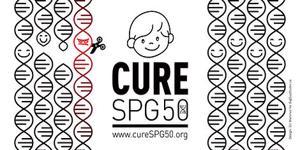 None of the above, Founder, CureSPG50

Biography
Terry Pirovolakis is the founder of CureSPG50, a charity that is actively working on building a cure for a neurodegenerative disease called Spastic Paraplegia Type 50 (SPG50). Terry started the charity after his youngest son Michael was diagnosed with the disease in 2019. Since then he has put together a team of scientific professionals from around the world that are working on a Gene Therapy for SPG50, which they hope will positively change the lives of children affected by this terrible disease. In addition to Terry’s charity work he is also a Director of Contact Centre Strategy at CIBC in Toronto Canada.

Talk
Journey To Cure Michael
I will take the audience through our families journey to cure my son Michael of an ultra-rare disease called SPG50.