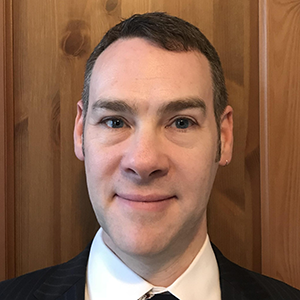 Biography
Shawn M. Sweeney, PhD is the Director of the AACR Project GENIE Coordinating Center and project lead, having served the project since its inception. Prior roles at the AACR include project lead and content developer for the AACR Cancer Progress Report series (2011- 2016); and as an internal scientific consultant. Before joining the AACR, Sweeney was a postdoctoral researcher and Research Associate in the Cardiovascular Institute and the Institute for Medicine and Engineering at the University of Pennsylvania, respectively. His more than 15-year career in research focused on the role of the microenvironment in cardiovascular development and disease, as well as in breast cancer metastasis with an active drug development program. Sweeney was also an adjunct Associate Professor of Medicine at the School of Medicine of the International University of the Health Sciences (2008­-2017). He firmly believes in the power of bicycles to transform individuals, neighborhoods, cities, countries, and ultimately the world.