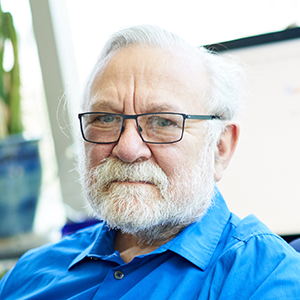 Biography
Peter Walter’s lab seeks a molecular understanding of how cells control the quality of their proteins and organelles during homeostasis and stress. They aim to understand how the rewiring of these processes connects to various diseases, including cancer, diabetes, cognitive disorders, and aging. Peter attended the Freie Universität Berlin, received his MS in Organic Chemistry from Vanderbilt University in 1977 and his PhD in Cell Biology at The Rockefeller University in 1981. In 1983, Peter joined the faculty of the Department of Biochemistry and Biophysics at the University of California at San Francisco, where he served as department chair from 2001 until 2008. He is an elected member of the National Academy of Sciences and the American Academy for Arts and Sciences. Peter’s recent awards include the 2014 Shaw Prize, the 2014 Lasker Award, the 2015 Vilcek Prize, the 2018 Breakthrough Prize, and 2020 UCSF Lifetime Achievement in Mentoring Award.