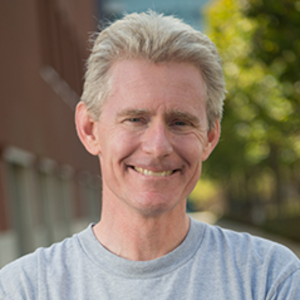 Biography
Dr. Joseph DeRisi is infusing biomedical research with an inventor’s flair. He led the development of a new diagnostic tool called the Virochip, a computer chip that contains DNA from every virus ever discovered that can quickly scan blood or spinal fluid for evidence of infection. A self-described “biologist who is also a serious computer nerd,” his lab at University of California, San Francisco, is combining an innovative software tool with new genome sequencing technology to develop a prototype diagnostic test that could reveal any infectious disease with near certainty. Dr. DeRisi employs an interdisciplinary approach to his work, combining genomics, bioinformatics, biochemistry and bioengineering to study parasitic and viral infectious diseases in a wide range of organisms. He was one of the early pioneers of DNA microarray technology and whole genome expression profiling and is nationally recognized for his efforts to make this technology accessible and freely available. Today, he uses this approach to study the activity of the full range of malaria genes and has generated provocative insights in many emerging viral diseases. In 2004, he was chosen for a MacArthur Fellowship. In addition to being a Searle Scholar and a Packard Fellow, Dr. DeRisi has received the Heinz Award in Technology, the Economy and Employment and was named an Eli Lilly and Company Research Award Laureate. He was elected to the American Academy of Arts and Sciences in 2015, and the National Academy of Sciences in 2016. He received a B.A. in Biochemistry and Molecular Biology (1992) from University of California, Santa Cruz, and a Ph.D. in Biochemistry (1999) from Stanford University.