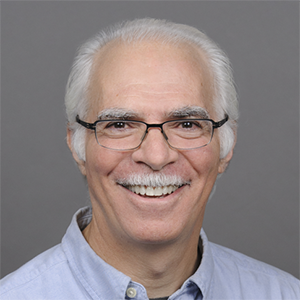 Biography
Dr. George Karlin-Neumann is the Director of Scientific Affairs at Bio-Rad’s Digital Biology Center, formerly Quantalife. There he is helping to drive the research and clinical adoption of digital genomic technologies through collaborations and internal research programs. He joined QuantaLife in 2010 as Sr. Director of Molecular Diagnostics where he contributed to the development of what has become Bio-Rad’s highly successful QX200 Droplet Digital PCR System. A molecular geneticist and biotechnologist by training, in 2001 he co-founded the high throughput genomics company, ParAllele BioScience, out of the Stanford Genome Technology Center. It was acquired by Affymetrix in 2005 where he continued developing state-of-the-art assays for cancer copy number variation and for pharmacogenomic profiling. He received his PhD from UCLA in 1990 for innovative studies using conditional lethal mutant screens in Arabidopsis and then continued related work during a postdoctoral fellowship with Dr. Ronald Davis in the Stanford Biochemistry Department. Prior to leaving Stanford to found ParAllele, he spent five years as the co-PI on an NSF-funded Plant Sensory Network Consortium grant where he developed and disseminated DNA microarray technology to partnering institutions.