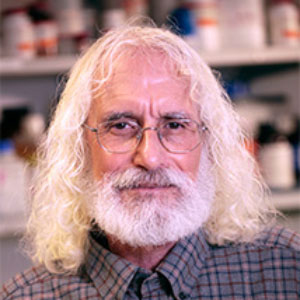 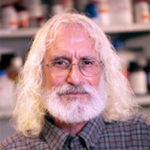 Dr. Greenberg’s research has focused on elucidating fundamental principles of T-cell and tumor interactions; developing cellular and molecular approaches to manipulate T-cell immunity; and translating insights to the clinic enabling adoptive therapy with genetically engineered T cells. Internationally recognized as a leader in the cancer immunology field, his laboratory performed some of the earliest studies focused on how immune T cells can recognize and eliminate malignant cells in the context of progressing tumors. Read his full bio.

Q: Your team was the first to show it’s possible to extract T cells from a patient, multiply them to the billions in the lab, and infuse them back into the patient to seek and destroy particular diseased cells. What is the significance of this accomplishment, and how have you used it to treat relapsed leukemia patients?

A: T cell therapy for human diseases requires being able to isolate T cells specific for a desired antigenic target and expand them outside the body to numbers large enough to create a potent immune response following transfer back into the patient. This required developing not only methods to efficiently isolate antigen-specific T cells, but also to expand them in a way that retained function and specificity so that the cells would create an effective immune response after infusion into patients. Our initial proof-of-principle experiments involved cloning individual antigen-specific T cells and expanding the single cells to billions of cells that remained identical to the original cell. This required insights into the requirements for sustaining T cell survival and proliferation, as well the signals that drive T cell differentiation pathways.

We initially pursued this approach with transfer of virus-specific T cell clones to treat a potentially fatal viral disease that occurs in immuno-incompetent patients following a hematopoietic cell transplant, and demonstrated that we could reconstitute immunity and effectively provide protection from disease. We next showed that this strategy could be used to treat melanoma with T cells specific for a melanoma antigen, and for leukemia with T cells specific for an oncogenic protein that is overexpressed by leukemic cells.

However, this approach is very labor intensive, expensive, and time-consuming, and we began more than 2 decades ago to participate in the efforts to develop molecular strategies to genetically engineer T cells. This technology has now made it possible to very rapidly create the needed large population of antigen-specific T cells by introducing into a large number of patient cells a T cell receptor (TCR) that imparts specificity for the target antigen. We have now shown that T cells engineered with a TCR to recognize the previously described oncogenic protein can be transferred to patients, establish long-lasting immunity, and prevent relapse from acute myelogenous leukemia.

Q: What is the current state of T-cell receptor therapy in patients with solid tumors?

A: Both naturally isolated T cells specific for a tumor antigen as well as T cells engineered with a tumor-reactive TCR have been shown to mediate regressions of solid tumors in patients. We have demonstrated in preclinical models of advanced tumors that T cells engineered with a TCR to recognize the tumor antigen mesothelin can be effective in treatment of pancreatic cancer and ovarian cancer, and have isolated a high affinity human TCR specific for mesothelin that we will be using initially in a clinical trial in pancreatic cancer this year. We are also isolating TCRs to multiple other tumor antigens, including mutations in K-Ras, that we will be advancing to the clinic.

T cells of course encounter in the tumor microenvironment obstacles to efficacy, and we and others are defining the nature of those obstacles and actively designing strategies to overcome them. Genetic engineering offers posibilities to achieve this goal without toxicity, as qualities that enhance activity and abrogate inhibition can be selectively imparted only to those T cells that have also been engineered to be tumor-specific. Thus, the potential for using engineered T cells to target solid tumors is only beginning to be uncovered, and this approach is likely to become an increasingly effective and non-toxic therapy for many tumor types.

Q: You have been with Fred Hutch since 1976. What are some of the biggest changes in research and the treatment of cancers that you have seen?

A: The field of oncology has changed dramatically and rapidly since I came to the Hutch to complete my training in 1976 and joined the faculty in 1978. At the time I arrived, Don Thomas, who recruited me and was the head of the oncology program, was developing hematopoietic cell transplantation as a treatment strategy for leukemia. Although the approach was highly controversial at that time, strategies to improve efficacy and reduce toxicity were identified, and by 1990 Don had won the Nobel Prize for establishing hematopoietic cell transplantation as a standard of care for leukemia (with the 1 millionth transplant performed in 2012). During that interval, my lab, and that of many colleagues and friends, focused on strategies to modulate the immune system to specifically target cancer cells. This approach was also perceived as very controversial, but studies in preclinical models began providing evidence that the immune system could be effectively modulated to treat cancer, and the big breakthrough came with evidence in patients that blockade of immunologic checkpoints with antibodies could unleash therapeutic immune responses. This was followed shortly by demonstrations in patients of the therapeutic activity of engineered T cells and the development of vaccines to induce responses to tumor mutations, which have, with other advances, resulted in immune therapies becoming a permanent and expanding component of cancer therapies.

Concurrent with these developments, our understanding of the molecular pathways that drive cancer were being elucidated, and targeted therapies with rationally designed molecules were being pursued. These drugs are further changing the face of cancer care, and increasingly cancer treatments are becoming patient specific rather than disease specific. Cancer therapy is now an exciting and rapidly evolving field, which holds great promise for both improved efficacy and reduced toxicity.